"Bible-Minded" and "Post-Christian": Statistics from Barna

Preach the word; be ready in season and out of season;
reprove, rebuke, exhort, with great patience and instruction.
For the time will come when they will not endure sound doctrine;
but wanting to have their ears tickled, they will accumulate
for themselves teachers in accordance to their own desires,
and will turn away their ears from the truth and will turn aside to myths.
2 Timothy 4.2-4

The Word of God must remain central in the church.  It cannot be a treasured relic but, rather, must be seen as a trusted guide for ministry and living.  The Apostle Paul has just been talking about the fact that “All Scripture is inspired by God and profitable for teaching” (2 Timothy 3.16) and he now turns to admonish Timothy to “preach the word.”  Paul even instructs as to how this preaching should function; it should “reprove, rebuke, and exhort.”  This should be preaching that seeks to shape the behavior and heart-attitudes of the people of God.  Paul knows that there will be varying seasons and that the church is ever in danger of losing her desire for the Word of God.  Some will stop wanting the Word and will seek out teachers and teachings that “tickle their ears.”

Each year, in partnership with American Bible Society, Barna ranks the nation’s top media markets based on their level of Bible engagement.  Individuals who report reading the Bible in a typical week and who strongly assert the Bible is accurate in the principles it teaches are considered to be Bible-minded.  This definition captures action and attitude—those who both engage and esteem the Christian scriptures.  The rankings thus reflect an overall openness or resistance to the Bible in various U.S. cities. 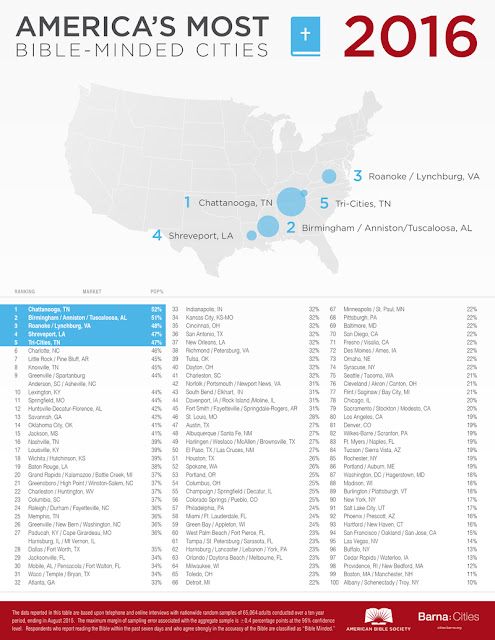 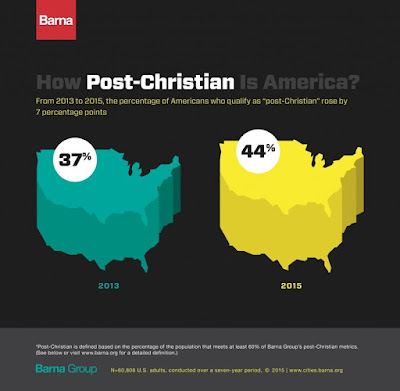 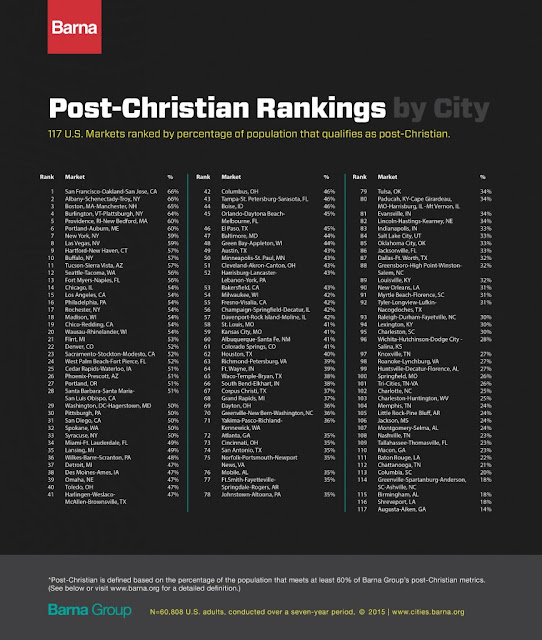