A recent Journal of Medical Ethics article takes up the task of defending infanticide.  The article is entitled "After-birth Abortion: Why Should the Baby Live?" and is written by Alberto Giubilini and Francesca Minerva.  Infanticide--the killing of newborn babies--is usually not spoken of in such a cavalier and detached manner but our authors simply reason that whatever reasons justify the taking of the life of the fetus will also serve as appropriate reasons to take the life of even healthy newborn babies.  Here are their words from the conclusion of the article:


If criteria such as the costs (social, psychological, economic) for the potential parents are good enough reasons for having an abortion even when the fetus is healthy, if the moral status of the newborn is the same as that of the infant and if neither has any moral value by virtue of being a potential person, then the same reasons which justify abortion should also justify the killing of the potential person when it is at the stage of a newborn.  (p. 3)

Our authors don't desire to speak of "infanticide" but, instead, coin the phrase "after-birth abortion"--a phrase they freely grant is an oxymoron.


In spite of the oxymoron in the expression, we propose to call this practice "after-birth abortion", rather than "infanticide", to emphasize that the moral status of the individual killed is comparable with that of a fetus (on which "abortions" in the traditional sense are performed) rather than to that of a child.  Therefore, we claim that killing a newborn could be ethically permissible in all the circumstances where abortion would be.  (p. 2)

Of utmost importance and what makes the whole argument work for Guibilini and Minerva is the crucial distinction they make between being a "human being" and "personhood."  They freely grant that both the fetus and the newborn child are "human beings" but this does not, in and of itself, grant a right to life.  The right to life is only granted to "persons."  Here is how they state their case:


The moral status of an infant is equivalent to that of a fetus in the sense that both lack those properties that justify the attribution of a right to life to an individual.

Both a fetus and a newborn certainly are human beings and potential persons, neither is a "person" in the sense of "subject of a moral right to life".  We take "person" to mean an individual who is capable of attributing to her own existence some (at least) basic value such that being deprived of this existence represents a loss to her.  This means that many non-human animals and mentally retarded human individuals are persons, but that all the individuals who are not in the condition of attributing any value to their own existence are not persons.  Merely being human is not in itself a reason for ascribing someone a right to life.  (p. 2)

Notice that according to this reasoning "many non-human animals" are "persons" but a healthy newborn child is not a "person."  Thus the "personified" animal has a "right to life" but the healthy newborn does not.  All of this is pushed forward under the banner of a functionalist criteria of "personhood."  Personhood is a function of being able to "form an aim" that the individual wishes to accomplish.  There must be capability "of attributing to her own existence some (at least) basic value such that being deprived of this existence represents a loss to her."  Because the newborn child cannot do this they are not "persons" in any moral sense.  They are only "potential persons."


Indeed, however weak the interests of actual people can be, they will always trump the alleged interest of potential people to become actual ones, because this latter interest amounts to zero.  (p. 3)

As I read that line I was reminded of the haunting title and cover of the book edited by James Hensley The Zero People (Servant, 1983): 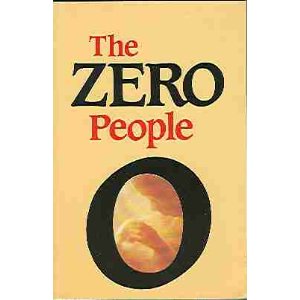 Some slopes are slippery; especially those greased with philosophical distortion.  This is not the first time that infanticide has been brought up as a realistic and defendable option.  What is disturbing is that this is how the change comes--more and more voices are put forward in a "defense" of what is morally indefensible.  Soon the moral intuitions of our time are dulled and changed.  Francis Schaeffer and C. Evert Koop in their work Whatever Happened to the Human Race? (Revell, 1979) state:


There is a "thinkable" and an "unthinkable" in every era.  One era is quite certain intellectually and emotionally about what is acceptable.  Yet another era decides that these "certainties" are unacceptable and puts another set of values into practice.  On a humanistic base, people drift along from generation to generation, and the morally unthinkable becomes the thinkable as the years move on.  (p. 16)


Times of monstrous inhumanity do not come about all at once; they are slipped into gradually.  Often those who use certain emotional phrases or high-sounding moral tones about "freedom of the individual" and appeal to "rights" do not even know what they are starting.  The see only some isolated condition they want to accomplish, but have not considered soberly the overall direction in which things are moving.  At some later point they want to go backwards.  But then it is too late.  Mankind's selfishness and greed can be counted on to widen every breach, exploiting each to the fullest for selfish purposes.  (p. 110)

May God have mercy upon us.
Posted by Richard Klaus at 11:23 AM