Feinberg on Kaufman in Light of Kant

I've been reading Kant's Critique of Pure Reason this summer with a friend.  We are especially interested to see Kant's influence on theology.  In light of that, I came across this footnote in John Feinberg's No One Like: The Doctrine of God (Crossway, 2001), 804. 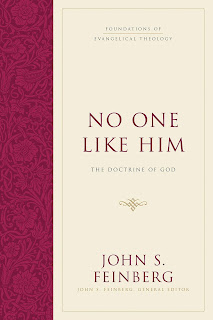 “Gordon Kaufman is another contemporary theologian who has argued that God is an immaterial being, although he claims there isn’t much more we can say about God in himself.  See Kaufman’s The Theological Imagination: Constructing the Concept of God (Philadelphia: Westminster, 1981).  Kaufman distinguishes the word ‘God’ and the reality God (p. 21).  Relying on Kant, Kaufman explains that the reality God is not something we can know by inspection; we depend instead on “the image of God” (“God”) that our mind puts together (p. 21).  Whereas in his earlier work he claimed that theological construction is a combination of the imagination working with divine revelation, in this book Kaufman argues that the concept of God is purely a product of imaginary construction.  In fact, Kaufman believes this has always been so, but contends that theologians should recognized this and continue the task of constructing the concept of God with their eyes wide open to what they are doing.  Though this sounds like God is nothing more than a concept, we must remember Kaufman’s distinction between “God” and God.  There is for him evidently an extra-mental reality that is God, though we are only in a position to construct imaginatively our notions of what that God is.”

* I have interacted with Kaufman's thought in this post: Liberal Theology and Its Pantheizing Tendency.
Posted by Richard Klaus at 7:55 PM