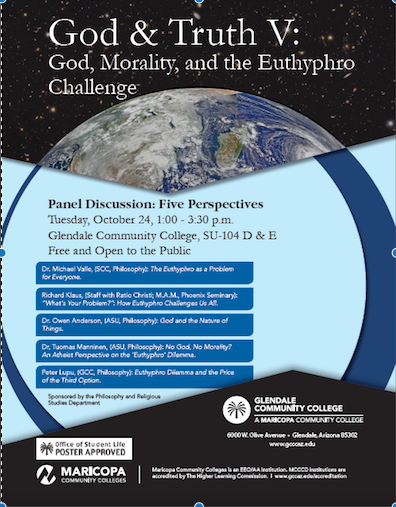 Here are some resources that are relevant to the discussion:

God, Naturalism, and the Foundations of Morality  by Paul Copan

The above works by Paul Copan provide arguments for the rationality of Christian theism as the ground for moral realism.  They also critique other attempted foundations that are derived from naturalism.  There is also extensive interaction with the Euthyphro dilemma in these articles.

Be sure to see Paul Copan's website for a number of other essays on all sorts of ethical issues--including difficult texts in the Bible (i.e., slavery, the destruction of the Canaanites, etc.).

Is There an Evolutionary Foundation for Human Morality? by John Hare

Can Moral Objectivism Do Without God? by Peter S. Williams  *Williams presents a moral argument for God's existence.  He interacts with the work of atheist ethicist Russ Shafer-Landau.

Can We Be Good Without God? by William Lane Craig

Why I Am Not a Moral Relativist by Francis Beckwith

This page has a number of links to items of relevance on this topic.

The Objectivity of God, Morality, and Evil: A Perspective from Jesus (God & Truth III)

Metaphysics and the Meaning of Life: How the Kingdom of God Changes Everything! (God & Truth IV)

This is the video for God & Truth IV: God and the Meaning of Life

Posted by Richard Klaus at 3:18 AM