* The following is from Nancy Pearcey's amazing book Love Thy Body: Answering Hard Questions About Life and Sexuality. 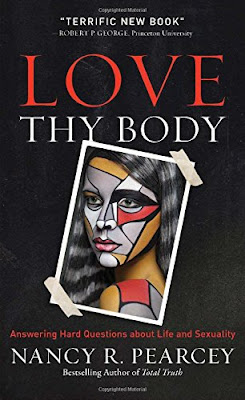 Put bluntly, abortion supporters have lost the argument on the scientific level.  They can no longer deny that an embryo is biologically human.  As a result, they have switched tactics to an argument based on personhood, defined ultimately by their own personal views and values.  And when their view is codified into law, their private values are imposed on everyone else.

This switch in tactics was evident in a fascinating debate a few years ago.  It began when professor Stanley Fish wrote in the journal First Things that pro-lifers have no right to bring their views into the public arena.  Why not?  Because their views are based on faith, he claimed, while abortion advocates base their views on science.  Robert George of Princeton challenged Fish to a debate at a meeting of the American Political Science Association.  In his paper, George argued that in reality it is the pro-life position that is based on science.

As is customary, the two scholars exchanged their papers ahead of time  When the meeting opened, Fish threw George's paper on the table and announced, "Professor George is right, and he is right to correct me."  The admission was met by stunned silence.

Fish later explained his startling turnaround.  Supporters of abortion have typically cast themselves as "defenders of rational science against the forces of ignorance and superstition," he said.  But when science began inexorably pushing back the moment when life begins, "they shifted tactics.... Nowadays, it is the pro-lifers who make the scientific question of when the beginning of life occurs the key one...while pro-choices want to transform the question into a 'metaphysical' or 'religious' one by distinguishing between mere biological life and 'moral life.'"... It is time to turn the tables on the old stereotypes. (pp. 60-61)

See also this post: Wired for Abortion: Responding to Erroneous and Incomplete Arguments from "Wired" Magazine
Posted by Richard Klaus at 4:03 PM